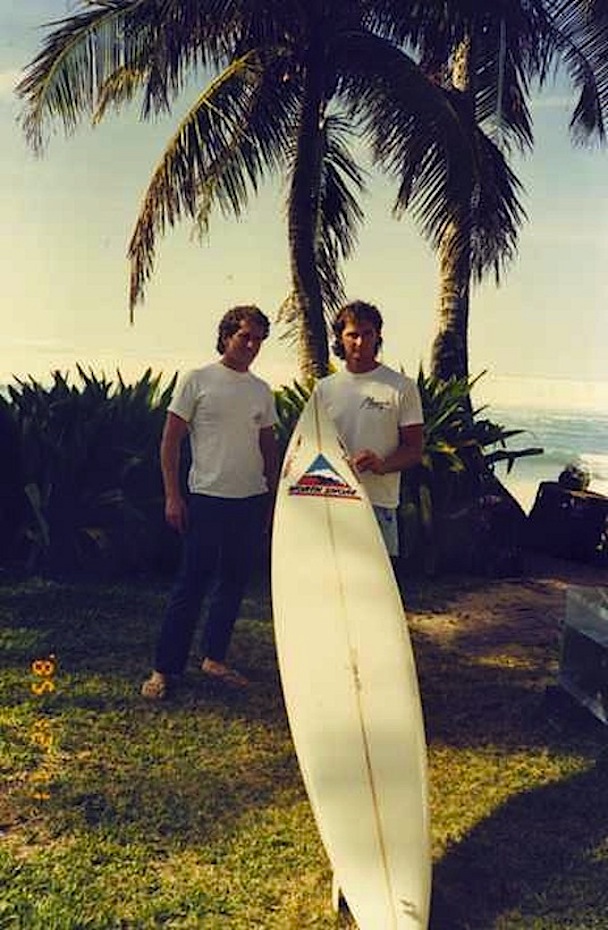 Mark and I have had a long friendship together, both with him as a Pro rider on my boards, and also with our ongoing businesses of shaping and building surfboards. In the 1985 Billabong event, the surf leading into and through the beginning part of the event was building up to be a massive Waimea sized swell, and Randy Rarick and Gordon Merchant had decided to hold the next day’s competition at Waimea if the surf cooperated. The night before that big day, many visiting Pro surfers began scrambling to find the right equipment since they were totally under gunned for the next day’s completion. The following is Mark’s recollection of that drama: