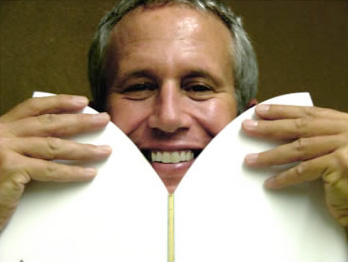 Pat Rawson has been shaping surfboards since 1966, and manufacturing surfboards on the North Shore of Oahu since 1972. Combining pre-proven, innovative custom designs with handcrafted experience, Rawson shapes and sells to 19 countries worldwide from 6 hi-tech manufacturing locations. His acclaim ranges from his home-base on Sunset Beach; Oahu, to the shores of California, Europe, Central and South America, Japan, and Australia. Over the last 30 years, Rawson has built North Shore custom quivers for the many traveling pros that flock to Hawaii each Fall season.

Rawson is well known for his contributions to modern Gun development in the early 80’s and onward. Starting with his extensive surfboard blank designs and gun rockers produced through Clark Foam, and validation through making pro quivers for half or more of the top 16 pro surfers visiting Hawaii for over ten years in a row established Rawson’s title as the ”godfather of the Gun”. Noteably: Tom Carroll, Mark Richards, Tom Curren, Gary Elkerton, as well as Hawaiian pros: Michael and Derek Ho, Bobby Owens, Jon Damm, Sunny Garcia and later, Kalani Robb, Bruce Irons, Ryan Rawson and others, are some of the surfers that understand Rawson’s board designs in Hawaii.

Besides traveling to Japan since 1985, and feeling the need to expand his niche into other areas worldwide: Rawson started traveling extensively in 1991 onward, to places like California, Australia, Europe, and later Peru, Brazil, and Central America. In 1999, Rawson moved his California production from Huntington Beach to San Diego, California, where he was influenced by Fish gurus; Larry “Larmo” Mabile, Skip Frye, and others who were the developers of the early “post modern shortboard” Fish surfboard design movement there. That strong influence inspired Rawson into producing his own “S.U.V.” lineup, such as the San Diego Fish model, and his quads and other “alternative” board designs such as the Impala design, for the Hawaiian local market, as well as his other worldwide markets around the surfing world.  7 years ago: Pat found a permanent home in San Clemente at Lost Surfboards, offering a great facility to produce boards for California and the continental USA.

By continually updating his knowledge regarding the latest software and computer cutting technology in designing and shaping custom surfboards, Rawson takes his shaping experience, quality control, and long standing work with professional surfers worldwide, to earn Rawson the surfboard title of “the BMW of modern surfboard design”.